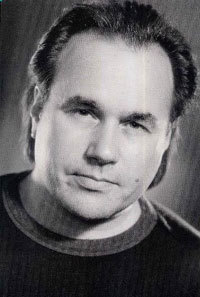 Currently living in Los Angeles, Mr. Tsilis has been composing music for film, and Orchestra. He is well versed as a drummer, mallet player, pianist, Tenor saxophonist, Trumpet player and guitarist. He has composed music for Jazz, songs with lyrics, orchestral music, music for short films and feature films. Music for commercials and exercise videos. Music for piano and many other ensemble configurations. Currently using the full OUTPUT library for many cues.

As an artist and repertoire representative for enja records Mr. Tsilis had the honor of assisting Matthias Winklemann in signing and recording artists for his enja records label.

The singer Kevin Mahogany was scouted and produced by Mr. Tsilis and went on to become a top selling CD for enja records. Mr. Tsilis had the pleasure of producing over 50 CD&#39;s in the Jazz genre, with many of today’s finest musicians. Mr. Tsilis worked for Ken music, a label from Japan which recorded over 30 CD’s in 2 years.